So this week I have mostly been working on the Kindergarten quilt. My son's teacher did a lot of teaching about architecture, so I thought that having the kids make house blocks would be fitting. I brought in a box full of scraps, and had them choose their fabrics for their houses, cut the shapes and glue them onto the white blocks with plain glue sticks (encouraging them to use them sparingly!). I took them home, added a rainbow of Kona cotton borders, and appliqued the shapes onto the blocks with the batting behind. This is the same quilt-as-you-go method that Rachel used on her Bottled Rainbows qal, on Stitched in Colour. (And I'm going to make a ticker tape quilt one day soon!) I will add a backing after I join the blocks, and then do some minimal straight line quilting.

Here is the quilt so far...(with apologies for the atrocious lighting) 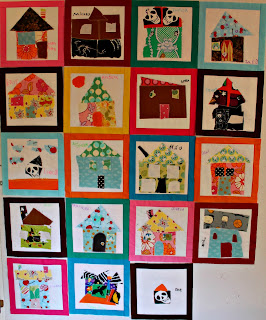 And here are some of my favourite blocks: 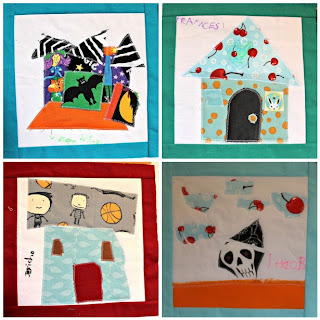 I love that some of them did not feel constrained by the traditional house design, instead adding three roofs or cherry clouds! And I love the little bunny peeking out of the window. There were a few scraps of Halloween fabric in the pile that turned out to be very popular, I would probably have taken them out if I'd had the foresight!

For the missing block (there used to be 20 kids in the class, but one moved away last month) I plan to embroider a house and some flowers, with a little (meaning short) dedication to the teacher, and applique a heart inside. This teacher has truly been a gift to my son in his first year at school, so I wanted to collaborate with her students to make a gift for her that will show her how much she is appreciated. 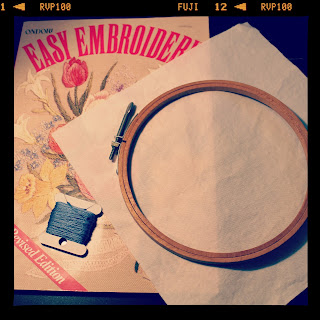 {Teachers in BC currently struggle with a government that seeks to undermine the public school system and its teachers at every possible opportunity, and it makes me sad to see my children's teachers so stressed out, especially when I know that the lack of support for teachers in the classroom (eg., not enough, sometimes none at all, aides for high needs students) translates into a lack of support for their students.}

The other wip this week is the ongoing pirate quilt. I decided that we needed a shark in the sea below the pirate ship, and set out to find a paper pieced shark pattern, only to discover that there is no such thing! (At least not one that I could find.) So, using the Touchdraw app, I decided to try my hand at drawing one. 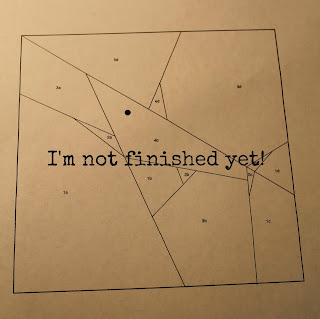 I don't quite have the hang of Touchdraw, so this took much longer than you would think! I sized this at 6", and some of those pieces are quite tiny. I made up a little practice block and added his eye with a french knot: 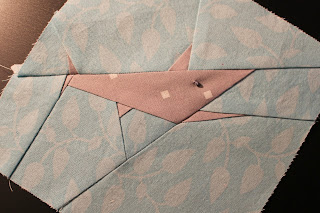 Here he is in action: 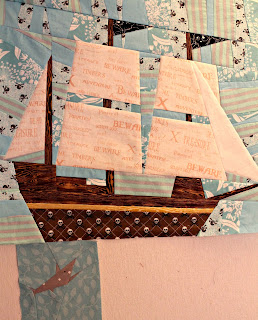 I think when I make him again I will size the block up to 8" and maybe make the tail fins a little larger. The water will be using the same technique as the sky, just darker. After I get his kinks worked out, and figure out how to put a file on a blog, I will post the pattern here. Just in case anyone feels that their universe is incomplete without a paper pieced shark.

And I did actually finish some stuff this week, so stay tuned...

Thanks for visiting!
Posted by Chez Roo at 7:09 PM